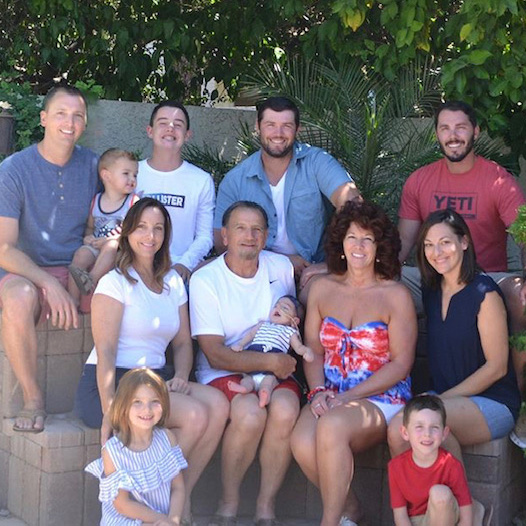 Sherry Capello was sworn in as Lebanon’s 31st mayor on January 4, 2010. Mayor Capello focused her first term in office on becoming accountable to the people.  Leading the city in a new direction with new results, the first order of business was to address how the city was going to recover from losing approximately one million dollars in revenue and cost sharing from the split from the Authority due to the failed takeover attempt.  The Mayor “got our house in order” by addressing a budget deficit, attending to numerous audit findings, getting caught up with past due audits, negotiating a contract concession for a base salary freeze for all three unions and non-union employees, and establishing a capital reserve fund for future capital purchases.

Mayor Capello’s second term was focused on economic development by promoting two tax incentive programs to assist with redevelopment on less than desirable lands or for deteriorated commercial buildings, executing an economic development strategic plan, implementing a business improvement district, educating lenders on resources available to assist our small businesses, assisting with a redevelopment project located between the two new bridges, helping to create a new marketing brochure for our shopping & dining venues and a guide for new business start-ups, meeting with a hotel developer to become knowledgeable on how to improve our chances for locating a hotel in the downtown, promoting tourism in our region, and co-hosting the Fireball Run event, which brought several thousand visitors to our downtown and revenue to our business community.

Mayor Capello has directed her attention in her third term to economic and community development issues. A land bank was established to address blight in the City and improve property values, a promotional video was created to entice additional private investment into the City, the zoning ordinance was completely re-written to be more user friendly and address new types of uses, terminology and to be compliant with state statues.  In partnership with the Chamber and SCORE, an entrepreneurial center was established to support entrepreneurs’ endeavors.  To address expanded property maintenance enforcement efforts, the City hired a supervisor to oversee code enforcement operations. Most importantly, the City entered into agreements to sell its share of the Lebanon County-City Municipal Building and purchase the HACC facility, in order to move City offices, including the Police Department downtown.  This will increase pedestrian foot traffic, enhance security, and assist with revitalization efforts in the downtown.

Prior to her election as Mayor of Lebanon City, Mayor Capello served for eighteen months as the Assistant Director of the Derry Township Community Development Department, as the Borough Manager for Palmyra Borough for about eleven years and as Lebanon County’s Chief Zoning Officer for almost ten years.

Capello has been honored with receiving an award in 2020 from the U.S. House of Representatives in recognition of exceptional service to communities in PA’s 9th District during the coronavirus pandemic, 2017 Lebanon Valley Family YMCA Healthy Living Award for her dedication to the health and well-being of our community, PA Chapter of the American Planning Association’s 2016 Planning Leadership Award for an Elected Official for her efforts in leading the initiative of the City’s Economic Development Strategic Plan, the 2016 Lebanon Valley Chamber of Commerce’s Community Builder Award for her sustained service to the enhancement and advancement of the quality of life in the Lebanon Valley, the 2016 Community of Lebanon’s Award for Clean Sweep in honor of her commitment to keep the downtown clean and green, the 2015 HACC Distinguished Alumni and the 2012 Athena Award. Presented by the Chamber since 1990, the award – named after the Greek goddess of wisdom and reason – recognizes local women who have achieved success in their professional careers while demonstrating a commitment to community service and a willingness to assist other women reach their full potential.

Mayor Capello earned an Associate of Arts degree in Business Management from Harrisburg Area Community College in Harrisburg, PA.  She has received more than thirty certificates for professional development.

Capello is a member of the Assumption of the Blessed Virgin Mary Roman Catholic Church. She lives in Lebanon City with her husband Retired District Judge Thomas Capello.  They have four children: Gwen Callahan, a school teacher, Jeremy Capello, an employee of the federal government, James Capello, an employee of local government and a former Army National Guard Reservist and Jason Capello, a school teacher.  The Mayor and her husband have four grandchildren: Sonny, Juliana, Jayce and Joseph.  One granddaughter, Gia Grace passed away on Christmas Day 2020 after a courageous battle fighting KIF1A.